If you ran digital strategy for a presidential campaign, and Facebook came knocking on your door and said “We want to help you win this election,” would you turn them down? Facebook now has more than 207 million U.S. voting-age users. It’s at the center of public communication and political discussion like nothing that came before. And Facebook wants to help you win?

This scenario sounds far-fetched but it’s not. It’s precisely what happened during the 2016 U.S. presidential election, and it wasn’t just Facebook. Twitter, Google, and Microsoft all provided various services to the candidates and the parties. This isn’t all new, as Google and Facebook advertising staff worked closely with both the Obama and Romney campaigns in 2012 to facilitate digital ad buys. What was new in 2016 is the extent of the involvement of the firms’ staff in the campaigns themselves. 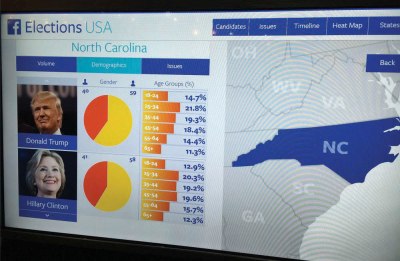 Today’s annotation is of a study by communication scholars who document a major shift in the role of technology and social media firms in political campaigns and partisan politics. The authors base their findings on multiple sources of data, including extensive interviews with staff from Google, Facebook, Twitter, and Microsoft, and key staff from the 2016 presidential campaigns. They conclude that the social media platforms were actively engaged not just in facilitating ad buys, but in advising the campaigns on social media analytics, content for targeted messaging, and core digital strategy. The platforms established deep working relationships with campaign staff, and deployed teams whose political views matched those of the campaign. And for a variety of good reasons from the perspective of the platforms, each team was in it to win it.

If you’re running a campaign and don’t have this kind of help from the platforms themselves, you could still leverage social media analytics in your digital messaging and strategy. You could hire some good programmers and analysts to use the tools and techniques outlined in this annotated bibliography I’m compiling. But there’s nothing like direct help from the mothership.

In this article communications scholars Kreiss and McGregor present the first in-depth look at the role played by technology and social media companies in shaping political communications and digital strategy in the 2016 U.S. presidential election. They describe how a number of technology firms, including Facebook, Google, and Twitter, worked in close collaboration with campaign staff to plan and facilitate digital advertising buys, analyze voter demographics, and advise on messaging strategies. They conclude that social media firms have increasingly become active agents in political and electoral processes, motivated by their interests in advertising revenue, user engagement, relationship-building to aid future lobbying efforts.

The study is based on several different data sources, including fieldwork at the 2016 Democratic National Convention; interviews with managers at the social media and technology firms; and extensive interviews with digital staff in the 2016 presidential campaigns. From this research it was evident that the firms have deployed staffing resources mirroring the partisan and policy characteristics of the campaigns, and have become active participants in shaping campaign messaging strategies using their platforms. In the 2016 election the helped the campaigns analyze voter demographics, interest, and behavior, and advised them on content strategies to reach and sway voters based on these characteristics.

The authors note that spending on digital advertising is an increasing portion of the $2 billion spent during the U.S. presidential campaign. The campaign of Donald Trump allocated 50 percent of its advertising budget to digital and social media, reflecting a recognition that social media platforms have become central to how people communicate about news and politics. Representatives of the firms acknowledged that while they were motivated by an interest in digital advertising revenue, they also saw benefit in helping candidates get elected who would be in a position to implement regulations favorable to the firms.

The study provides additional detail on how the Trump campaign in particular made use of social media firm staff and expertise to identify and target persuadable voters and demographic groups. Much of this expertise was in the form of helping the campaign “build ads that get results” which benefit both the campaign and the firm. Facebook worked directly with the Trump campaign digital and creative staff to test more than 100,000 variants of its ads and measure persuasive performance, a process likened by RNC Director of Advertising Gary Coby to “A/B testing on steroids.” After the election, Coby, who largely ran the Trump digital strategy, credited Facebook’s advisor as an “MVP” of the campaign.

The authors conclude with a discussion of the increasing power of technology firms and social media platforms in the functioning of American democracy and political discourse. They note that platforms like Facebook and Twitter are now “at the center of democratic processes, yet also beholden to market forces.” The platforms position themselves as neutral carriers of political content, but make editorial decisions based on growth in user numbers and engagement. And while their direct support of election campaigns reflects their interests in increasing advertising revenue, it may also lead to increasing political polarization, as more effectively targeted “click-bait” campaign ads further sensationalize political communications.